In our early bodybuilding days, we just didn’t have the right form, strength or technique needed to execute heavy compound lifts, such as the barbell squat, smith machine deadlift, and the upright row.

The Smith machine was the ticket to those moves, without which, we’d be left with a weak foundation.

So every time we read Smith Machine criticism on the internet, we want to rip our hair out in frustration.

There’s no denying that the barbell squat with free weights are the bee’s knees for strength, and a more complete movement that calls multiple stabilizer muscles into action.

And that’s what you must aim to do eventually.

But if you are just starting off with bodybuilding and would like to go heavier on these lifts, go for the smith machine by all means until you gain the strength and balance needed for free weights.

The only caveat that most first timers face is that they do not have any idea of how much the smith machine bar weighs, which means that they don’t know when they’ve hit a PR.

Think about it. You know how much a barbell weighs and the weight of an EZ bar. At the least, someone in the gym can chime in.

That’s not the case with the smith machine bar. Nobody knows how much it weighs.

What is a Smith Machine? 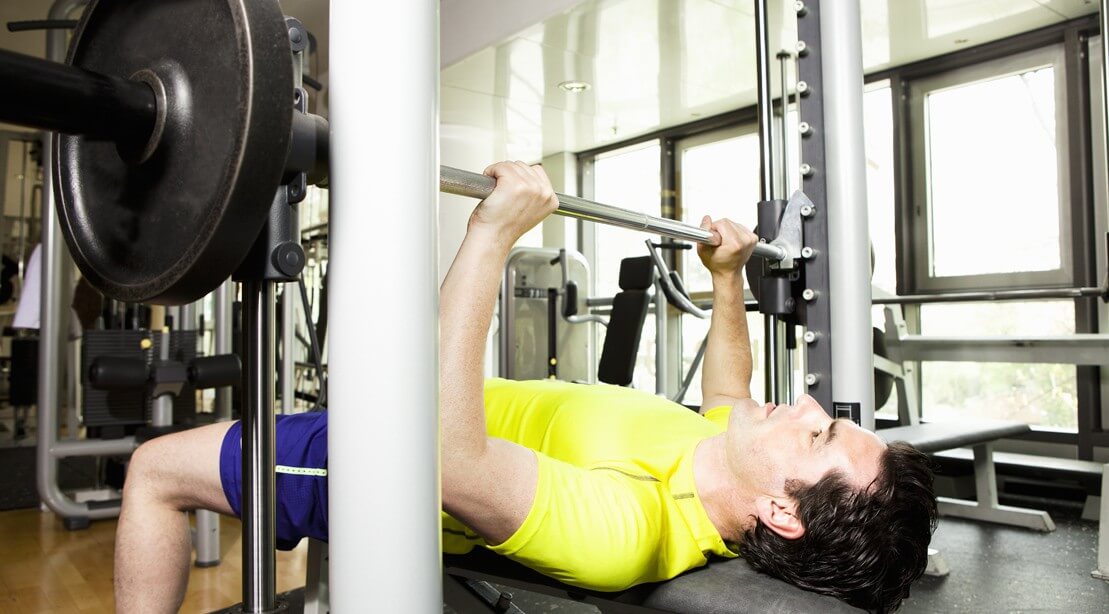 A smith machine is a workout machine that has a barbell fixed on rails, allowing strict, guided, vertical movement.

It can be used to perform a variety of barbell exercises, but is primarily used to perform heavy compound lifts like the squat, the bench press and the upright row by lifters who lack the stability needed to perform free weight movements.

The rails have adjustable J-Hooks which eliminates the need for a spotter and makes it safe to move a volume of weight which would otherwise be risky.

The Smith Machine was first developed in the 1950s and since then, it has been a staple in most gyms around the world, despite facing criticism from some quarters.

For us, it’s always been the go-to machine when we are looking to test the waters with extremely heavy weight and we don’t have a spotter around. It’s so much safer than loading a truckload of weight on your shoulders without knowing for sure whether you can complete the rep. 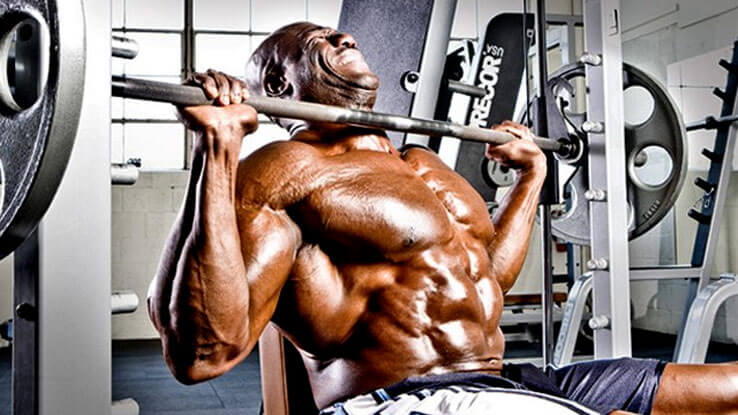 Just like every other piece of fitness equipment that’s not standardized, there’s no universal weight for smith machine bars, which makes it quite difficult to know their starting weights.

To add to this, a lot of manufacturers have their own variations of the smith machine with bars weighing anywhere from 10-22 lbs.

Let’s take a quick look at some of the most commonly used Smith machine manufacturers and their weights.

Life Fitness has one of the best range of smith machines with 7-degree angled bars that best replicate the complete, natural movement of the barbell during compound lifts.

We like their smith machines as all of them use an Olympic barbell as opposed to a standard one, making them better suited for advanced users.

Also, they have a bar rack in front that allows more experienced users to perform complex movements without being limited by the space and allows users to use rack as a shoulder press machine.

Their Smith Machines offer a starting bar weight or resistance of 20 kgs or 45 lbs. That’s the exact weight of an Olympic barbell. So you aren’t really missing out on anything, except for the stabilizer muscles even if you do your lifts on these. 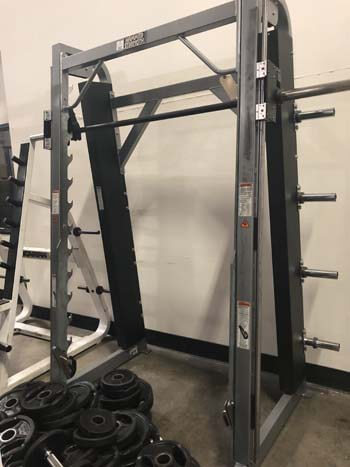 Hammer Strength is one of the most popular brands of fitness equipment and their chest press machines and smith machines are widely used in the United States by professional sports teams as well as college athletic programs.

These machines also feature the 7-degre angled bars which are akin to the free weight path that your body follows when you lift a barbell. Also, these machines have a max weight load of 650 lbs. which makes them more than equipped to handle your max PRs, unless you are Ronnie Coleman.

The only possible niggle that some seasoned bodybuilders have with the Hammer Strength smith machines is that they have a low starting resistance of just 20 lbs. or 9 kgs.

So, if you are just starting off with one of these, then you may find that the bar feels really light. 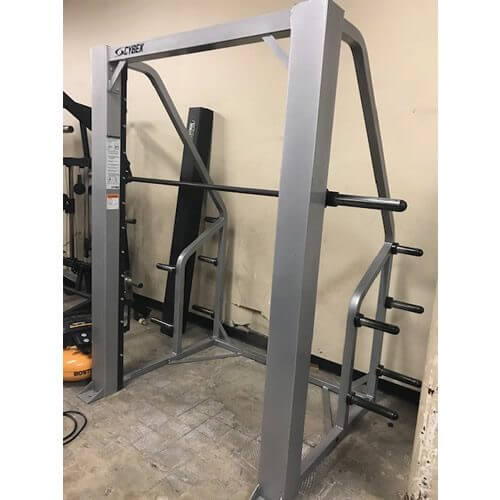 The Cybex range of Smith machines are normally preferred by home gym users or in commercial setups that are space constrained. The machines are very compact and have a walkthrough design that makes it easier to add a bench press. The caveat is that the holes for the catch hooks are spaced 4” apart, which isn’t ideal for bench pressing as you may find that the bar’s too high up for racking or too low.

Either way, the smith machine is quite popular, particularly among beginners. That’s because it has a starting weight of just 15 lbs. That’s right. Just 7 kgs.

So, if you are looking to start with the lowest possible weight on a smith machine, this is your best bet.

Also, these machines do not have the 7-degree angled path of movement. Instead, these have the conventional 90-degree angle for the bar. 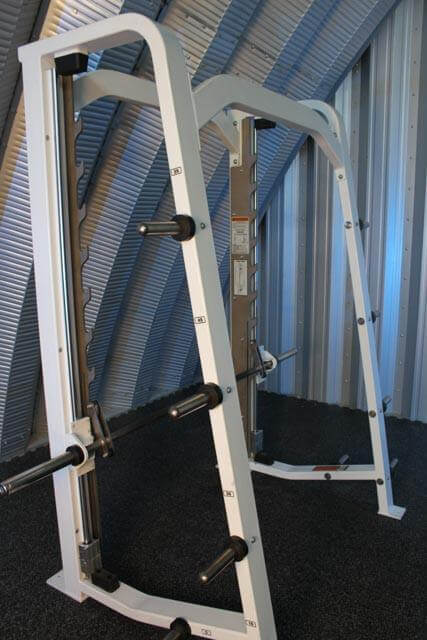 Hoist has a range of smith machines that are suited for both neophytes as well as veteran lifters. Not only do their bars have the perfect 7-degree angle, they also feature a bunch of useful safety features like automatic locking and quick-adjusting safety stops, that make it possible to go extra heavy without the need for a spotter.

The Hoist CF3753 is a beginner-friendly model with a starting bar weight of just 25 lbs. It does feature an Olympic bar though. Not a standard one.

The next one in their range is the Mismith Dual Action Smith, which has a starting bar weight of 30 lbs. which is like the middle ground between a beginner weight and a more advanced heavy starting weight.

The last one in their range is the CF3754 which is an absolute brute of a Smith machine that has a starting bar weight of 52 lbs. If you are looking to move some serious weights on the smith machine, this one is just what you need. 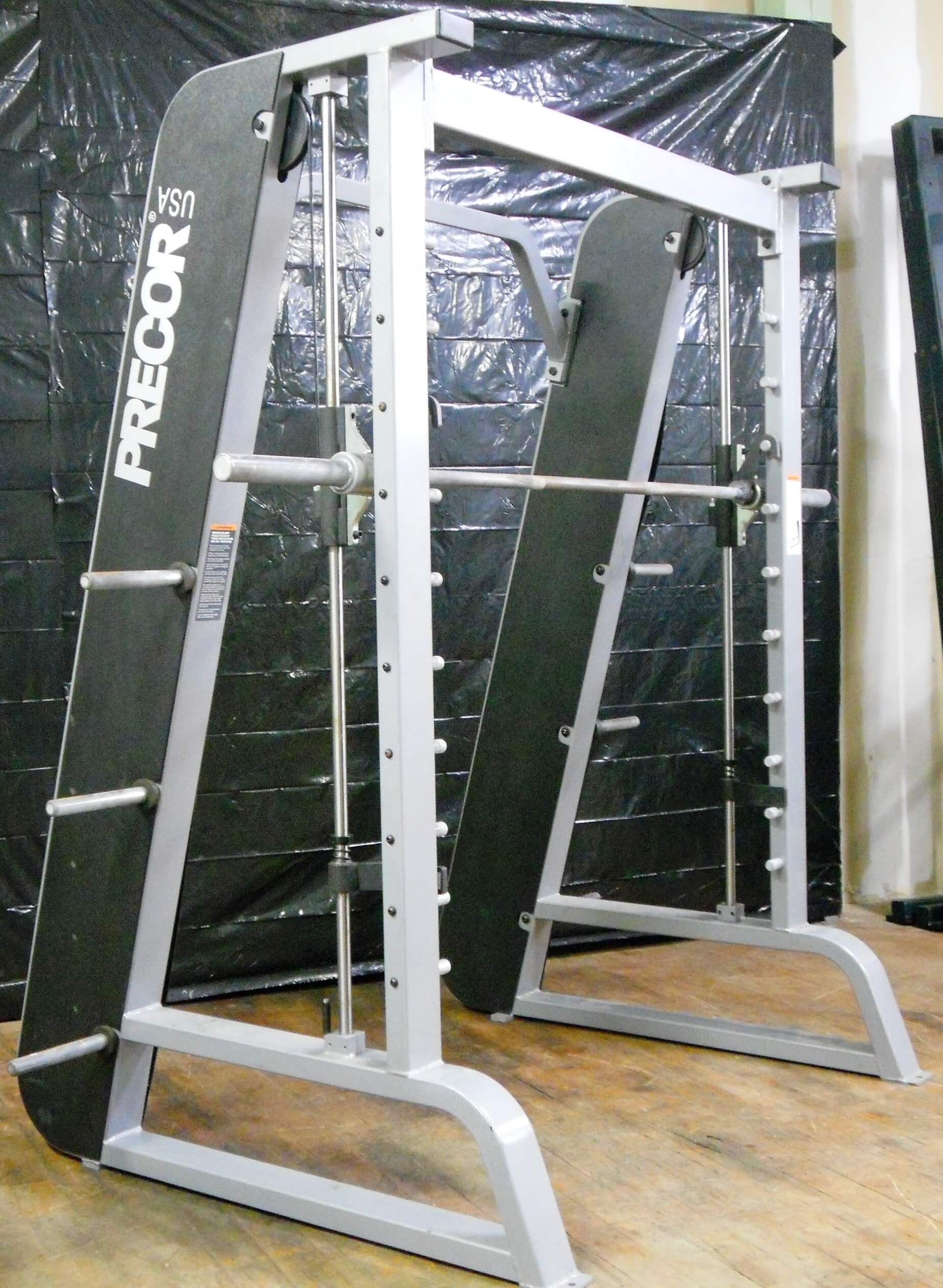 Unlike most manufacturers that have adhered to the 7-degree angle as the best possible replica for free Olympic weight movement, Precor offers smith machines that have a 11-degree frame angle.

Precor claims that this better replicates the natural angle for squats. Well, to each their own.

The machines are constructed to perfection though. Ample room, great safety features and no counterbalance.

Their beginner-friendly model is the Precor Icarian that has a low starting weight of just 15 lbs. Since these do not have crossbars on the base, these are ideal for bench pressing as well as lower body workouts. You can just roll the bench into the cage and get started. 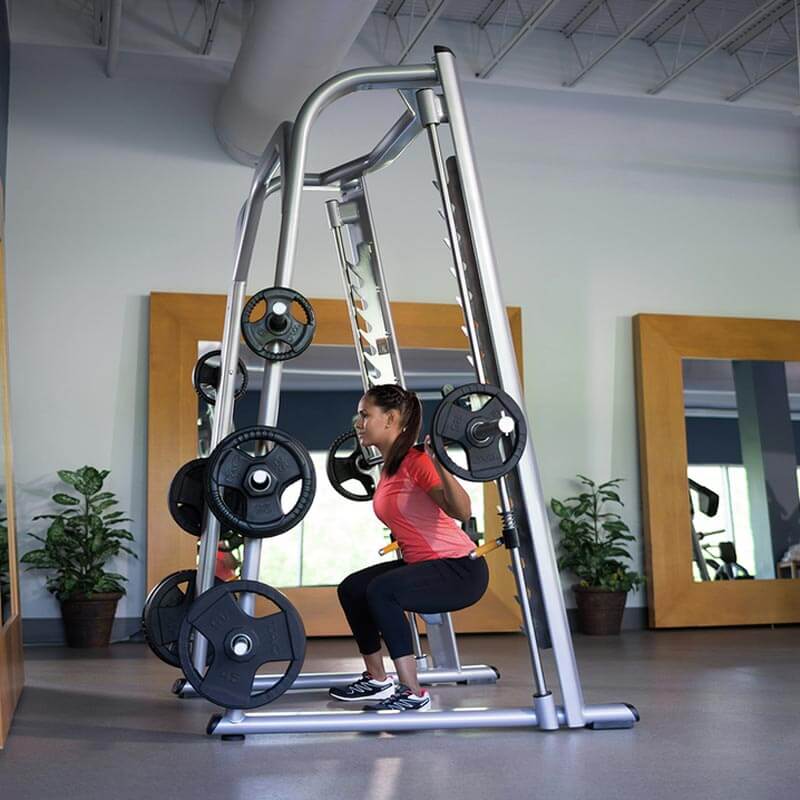 The 802 is their next model which has a starting weight of just 25 lbs.

Neither of these models use Olympic bars so there starting bar weight is lower than the smith machines that do use olympic bars. 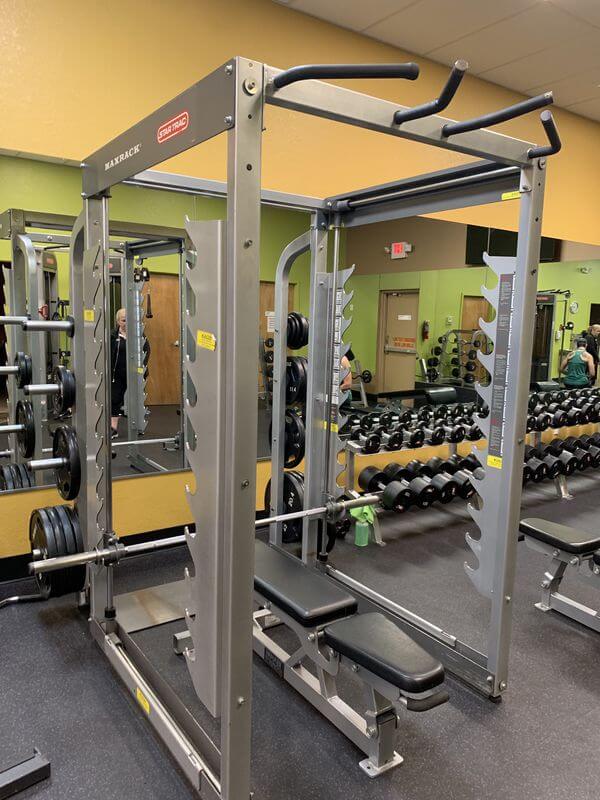 Star Trac is one of the oldest manufacturers of specialized fitness equipment and they have a range of smith machines that have constantly changed over the years.

In the early days, they had a non-counterbalanced smith machine with a starting bar weight of 35 lbs.

This was the standard irrespective of which model you bought. But eventually, they started to offer more variations in their range, possibly to cater to heavy lifters as well as rank beginners.

Now, they have the IP-L8500, which is a beginner-friendly model with a starting bar weight of just 15 lbs. This does use a counterbalanced Olympic bar.

The Max rack on the other hand is their bestselling model. It uses a custom-rotating Olympic bar that weighs 44 lbs. 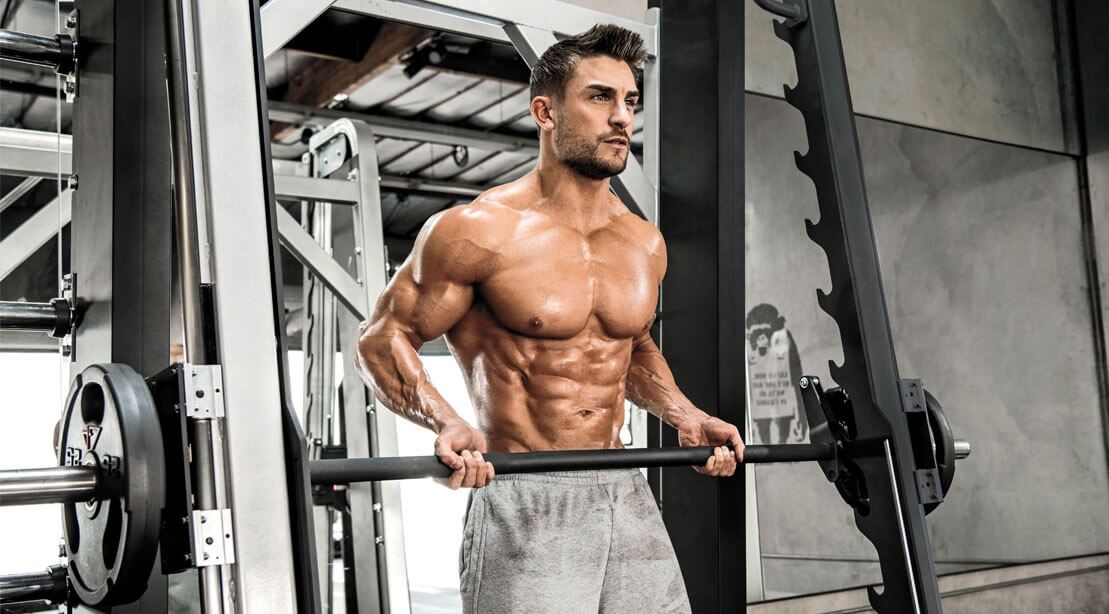 Don’t get thrown off by the eternal smith machine vs. free weights debate.

A smith machine is a very useful and very versatile equipment. If that weren’t the case, you wouldn’t see professional bodybuilders use it. In fact, on my chest days if I had to choose between chest press or the bench press I would personally choose the chest press, but that’s just me.

One of the oldest instances that we can recall now is Arnold Schwarzenegger working out on the Smith machine with Franco Colombo.

Nevertheless, if the internet has managed to create doubts in your mind about the effectiveness of the smith machine, then here are a few benefits of using it, explicitly laid out.

A smith machine has a built-in safety mechanism that’s active at any given point of time. When you take the bar off the hook and on to your shoulders, the hook still stays on the guide rails and moves with the bar. At any stage of the movement, if you wish to rack the bar, all that you need to do is twist your wrists and rack it.

Let’s say that you are performing a heavy back squat with 450 lbs. on your shoulders. At the lowest point during the squat, you feel a sudden, shrill pain in your groin that renders you immobile for a while. On the smith machine, you can just rack the bar instantly and be tension-free, which wouldn’t be the case otherwise.

Oh, you can work out spotter-free too.

We are all for training the stabilizer muscles. But there are certain exercises that require you to isolate a muscle group. Take the bench press for example. Some people tend to push their shoulders forward during a bench press to compensate with a heavier weight.

This places a lot of stress on the shoulders and can even cause an injury in the long run.

When you do a bench press on the smith machine, you have a stable and fixed plane of motion to lift the weights. And it’s supported on both plains, horizontal as well as vertical. This means that you are less likely to twist or bend or use cheat muscles to get those reps done.

You can get the same starting bar weight as free bars

As you’d have noticed by now, there are many smith machine brands that use Olympic barbells and have the same starting bar weight, that is 44 lbs. In fact, there are some that are even heavier than the Olympic bar.

You can get the same starting bar weight on smith machines as you can with free weight bars like the bench press bar and you get the extra safety and benefit from being able to focus in on each muscle group. I always prefer using the smith machine.. if the smith machine bar weighs the same as the barbell weighs then I would much rather prefer to be able to isolate my muscles and focus on squeezing them to get the best pump.

If you have been shaking it because you thought that you couldn’t lift as heavy as you can on a power rack, you are clearly mistaken. 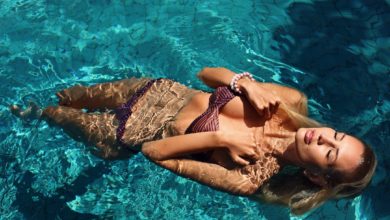 How Long Does it Take to Tan & When Will It Fade? Natural Tanning Vs Tanning Bed 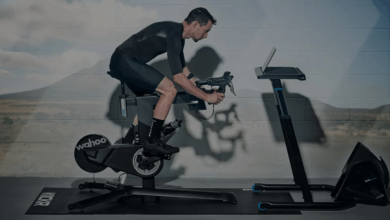 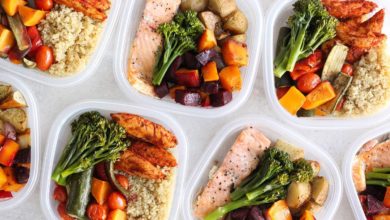 Slim Fast vs Nutrisystem: Which One’s Best For You? – Review and Comparison 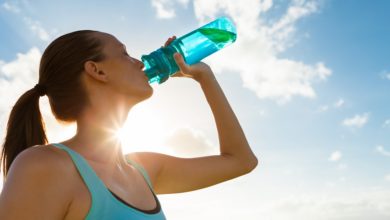 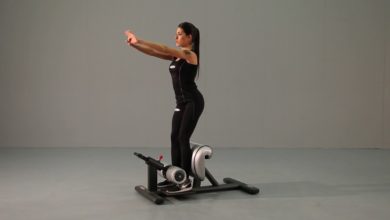 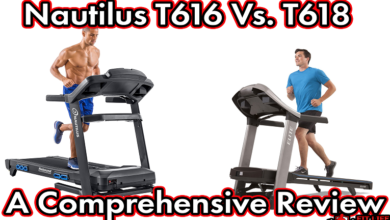 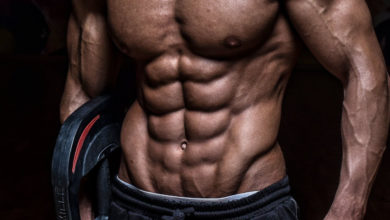 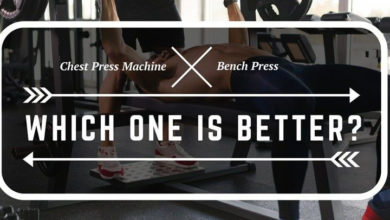 Chest Press Vs Bench Press – What are the Differences? Which is Better? 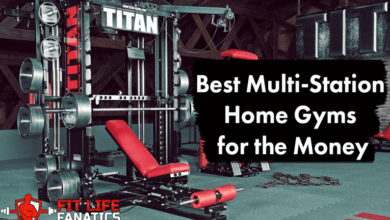